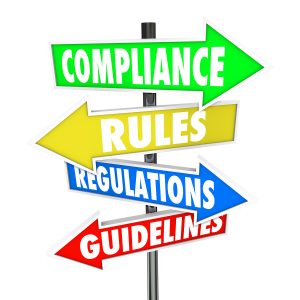 According to the new U.S. Department of Education guidance, schools must determine if a student’s behavior is related to their disability before disciplining them. U.S. Secretary of Education Miguel Cardona stated that the new guidance is the “most comprehensive” the department has ever released on the topic.

Schools are required to provide behavioral supports and services to students with disabilities and must determine if a student’s behavior is related to their disability before expelling or suspending them for that behavior.

Behavioral interventions can include “special education and related services, supplementary aids and services, and program modifications or supports for school personnel.”  Physical restraints—when adults use their own physical force to restrain a student—could constitute discrimination. However, the use of “physical escort,” in which an adult temporarily touches or holds a student’s hand, wrist, arm, shoulder, or back “for the purpose of inducing a student who is acting out to walk to a safe location,” is not considered a restraint.

Informal removal, although not defined in IDEA and its implementing regulations, means action taken by school personnel in response to a child’s behavior that excludes the child for part or all of the school day, or even an indefinite period of time. These exclusions are considered informal because the school removes the child with a disability from class or school without invoking IDEA’s disciplinary procedures. Informal removals are subject to IDEA’s requirements to the same extent as disciplinary removals by school personnel using the school’s disciplinary procedures. Informal removals include administratively shortened school days when a child’s school day is reduced by school personnel, outside of the IEP Team and placement process, in response to the child’s behavior.

“Actions that result in denials of access to, and significant changes in, a child’s educational program could all be considered as part of the 10 days of suspension and also could constitute an improper change in placement. These actions could include when a school administrator unilaterally informs a parent that their child with a disability may only remain in school for shortened school days because of behavioral issues or when a child with a disability is not allowed by the teacher to attend an elective course because of behavioral concerns.”

This is Not About Me

Autistic and non-speaking. Stuck in an educational system that has given up on you. Restrained or rewarded with candy. This is Jordyn Zimmerman’s story and it is shared by so many other students. Watch the story of one autistic woman that fought hard to be recognized and trusted. Share the trailer to bring awareness and change the lives of countless others fighting that same system today.

The film is now available for rental for $9.99 All proceeds from the film will go to the Autistic Self-Advocacy Network (ASAN), CommunicationFIRST, and Thinking Person’s Guide to Autism to support them in their missions. 57 minutes. 30-day rental period.

Watch this powerful movie: This Is Not About Me.
https://thisisnotaboutme.film/